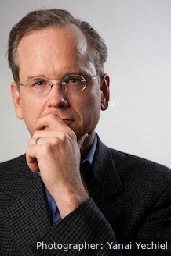 Lawrence Lessig is the Roy L. Furman Professor of Law and Leadership at Harvard Law School, director of the Edmond J. Safra Center for Ethics at Harvard University, and founder of Rootstrikers, a network of activists leading the fight against government corruption. He has authored numerous books, including Republic, Lost: How Money Corrupts Our Congress — and a Plan to Stop It, Code and Other Laws of Cyberspace, Free Culture, and Remix.

Lessig serves on the Board of Creative Commons, AXA Research Fund and iCommons.org, and on the Advisory Boards of the Sunlight Foundation and the Better Future Project. He is a Member of the American Academy of Arts and Sciences and the American Philosophical Association, and has received numerous awards, including the Free Software Foundation’s Freedom Award, Fastcase 50 Award and being named one of Scientific American’s Top 50 Visionaries.

Lessig holds a BA in economics and a BS in management from the University of Pennsylvania, an MA in philosophy from Cambridge, and a JD from Yale. Prior to rejoining the Harvard faculty, Lessig was a professor at Stanford Law School, where he founded the school’s Center for Internet and Society, and at the University of Chicago. He clerked for Judge Richard Posner on the 7th Circuit Court of Appeals and Justice Antonin Scalia on the United States Supreme Court. 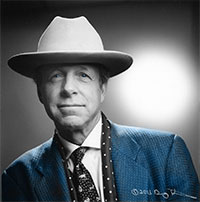 For three decades, Mark McKinnon has been solving complex strategic challenges for causes, companies and candidates, including George W. Bush, John McCain, Ann Richards, and Bono. He has helped engineer five winning presidential primary and general election campaigns, and is a cofounder of No Labels, a non-profit organization dedicated to bipartisanship, civil discourse and problem solving in politics.

According to Broadcasting and Cable magazine, McKinnon is one of “a handful of players behind every big decision, consensus or roadblock in Washington…putting a unique, sometimes hidden stamp on the outcome of today’s debates.” Politics Daily writes: “He’s known for his originality in a field typified by copycats, a mellow personality in a world populated with high-strung brutes and ecumenical urges in a profession dominated by its unadulterated partisans.”

Former President George W. Bush says of McKinnon, “I was really impressed by Mark’s creativity, and I was particularly impressed by his honesty.” Senator John McCain, in his typical straight-talk fashion, remarks, “He’s almost a genius.” And President Barack Obama calls McKinnon “a class act.”

President Bush appointed McKinnon to serve as a governor of the Broadcasting Board of Governors. He serves on the board of the Austin Film Society, and has taught at the JFK School of Government at Harvard University and the LBJ School of Public Affairs at the University of Texas at Austin. McKinnon currently is a consultant to the HBO television series, The Newsroom. 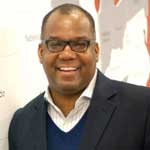 Kahlil is a political entrepreneur and expert at building and managing large, disruptive, technology-based advocacy and political organizations. For the past decade, Kahlil has specialized on building long-term strategy, securing substantial investments and achieving reform at state and national levels. He founded and is growing Forward Progress in Politics (FPPCO LLC), a multi-faceted advisory and product development company focused on impact investors and their efforts to making significant change in Political Reform.

Recently, Kahlil served as president of StudentsFirst, a multi-million dollar national reform effort focused on changing the nation’s legislative and policy landscape for public education. Working with the senior team and the board, Kahlil was responsible for StudentsFirst’s long-term strategy, operations, budget, and effort to develop an optimal culture focused on growth.

Prior to StudentsFirst, Kahlil was chief executive officer and cofounder of Americans Elect, a national start-up with the twofold mission of re-imagining, through technology, the U.S. presidential primary system and placing a bi-partisan presidential ticket on all 50 state ballots. Kahlil and his team raised more than $40 million, oversaw over 150 paid staff, 5,000 contractors, and 3,000 volunteers nationwide. AmericansElect.org is the winner of the 2012 People’s Choice Award at South by Southwest, one of the country’s largest interactive technology conferences; the Campaigns & Elections 2012 CampaignTech Innovator Award; and two 2012 CLIO Awards for content and interactive excellence.

Kahlil is on the board of MayDay Pac, the advisory boards of Halcyon Incubator and Discourse Analytics. He was a Term Member of the Council on Foreign Relations and served with CFR as an International Affairs Fellow focused on international media. Kahlil is a graduate of Morehouse College and Harvard’s Kennedy School. 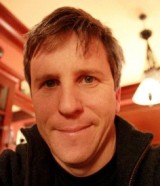 Jim Greer is the cofounder of Kongregate, which distributes 80,000 games to over 20 million monthly users on web and mobile. He recently stepped down as Kongregate’s CEO to found CounterPAC, which seeks to improve the problems of money in politics through direct intervention in elections. He has worked in the game industry since 1991 and holds a Computer Science degree from Princeton. In his spare time he enjoys biking and poker. He lives in San Francisco with his wife and two children.

Marcia Morris spent her 40-year career as a chief legal officer and in executive management roles at for-profit and not-for-profit enterprises in the healthcare delivery, life sciences, and consumer products and services industries. Morris is serving or has served as a board member of Roger Williams University, New England College and the DeCordova Museum and Sculpture Park. She is a graduate of Connecticut College, Boston University School of Law and the Kennedy School at Harvard University.

Zephyr Teachout is a former anti-corruption candidate for New York Governor and an Associate Professor of Law at Fordham University. She is a constitutional and property law expert and author of “Corruption in America: From Benjamin Franklin’s Snuff Box to Citizens United.” Previously Teachout served as the first national director of the Sunlight Foundation, a non-resident fellow at the Berkman Center for Internet and Society at Harvard Law School and the Director of Internet Organizing for Howard Dean’s 2004 presidential campaign. Teachout holds a Bachelor of Arts from Yale University, as well as a JD and Masters of Arts in Political Science from Duke University. 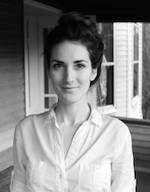 Szelena comes to MAYDAY.US by way of Demand Progress, where she directed operations and managed campaign finance reform initiatives including Rootstrikers and the New Hampshire Rebellion. She is a graduate of Harvard Divinity School and the University of Florida. 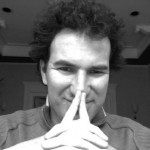 Aaron is the CEO of inMoment Software, makers of MeetingPulse, and CTO of Whysaurus. He has been working to get money out of politics since 2011. 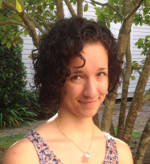 Lila has worked on an array of issues from juvenile justice to marriage equality. But she believes that until we make real structural change to fix our broken system, we won’t be able to tackle any important issues. She holds a degree in Government and Mind Brain Behavior from Harvard College. 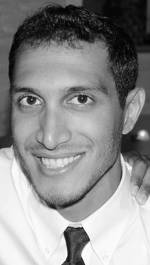 Rohan dreams of a world where the good people that were elected to represent us, actually represent us. Before joining Team MAYDAY full time, he was volunteering for the organization…as the volunteer coordinator! He has professional work experience in consulting and healthcare technology, as well as enough DC internships to know that’s not the place to be. This is his first true experience where his day job also happens to be his passion.

Watching MAYDAY.US spectacular start during a two month trip around the world, Mario eagerly joined MAYDAY as Digital Director. Mario worked for 8 years in advertising and technology before starting in politics in 2010. He has previously worked on a major presidential campaign, as well as several congressional and senatorial campaigns. 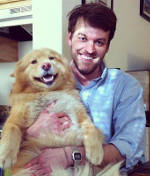 Since graduating from Auburn University (War Eagle!), Lee has worked in many realms of the anti-corruption movement. As an intern with Represent.US, Lee supported Trevor Potter and his team with legal and academic research for the American Anti-Corruption Act. He then joined Fund for the Republic, and later became Rootstrikers’ Campaign Manager. Prior to joining MAYDAY.US, Lee worked with Ben Cohen’s Stamp Stampede. 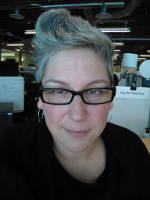 Rachel never felt compelled to get involved in any sort of political campaign before now. She’s a cheesemaker, technical writer, and software industry veteran from Oakland, CA. 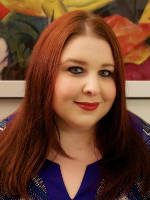 Rebecca has spent the past few years volunteering her time to anti-corruption organizations. A graduate of Indiana University, she is a classically trained vocalist and holds a Bachelors degree in Music. Rebecca lives in the New York Metro area with her husband, Scott, and two ridiculously spoiled cats.

When we had trouble with scaling the site for the overwhelming demand we had encountered, these individuals, and others, jumped on the #MayOne IRC channel on Freenode to help assist us. They were the first to hear our own call of “mayday” and for this, we thank them.

Brad Pitcher is a senior software engineer at ORCAS who enjoys unicycling in his free time. 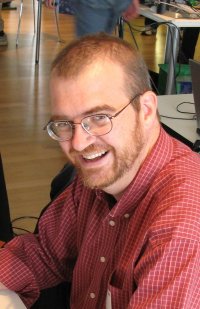 Jeremy White is the founder and CEO of CodeWeavers, and is active in the Free Software movement, particularly on behalf of the Wine project. Jeremy is a long time political “lurker,” only recently driven to volunteer. He made the mistake of saying “Hey! Someone should answer those emails!” where Aaron could overhear him. 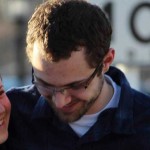 J.T. Olds is a senior software engineer at Space Monkey, and a Ph.D student at the University of Utah. 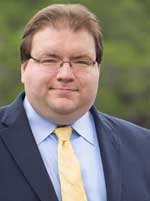 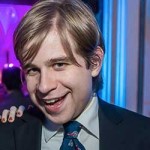 Hunter Freyer is a Google engineer based in New York City working on user data protection.  He has a website at www.hjfreyer.com. 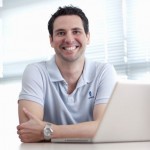 David Harrison is a director of Mammoth, an Australian company expanding to the USA with a VPS service, Binary Lane. 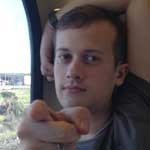 Corey Farwell is a software developer from the San Francisco Bay Area. He is an advocate for free culture and increased government transparency. He graduated from California Polytechnic State University in 2013 with a B.S. in Software Engineering and now works for an education start-up. He enjoys photography, writing music, reading non-fiction, and traveling the world. 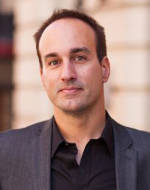 Michael Ortlieb is the creative-at-large at mo.create, a Seattle-based design consultancy focused on bringing beautiful, responsive experiences to the Web. He has provided design services for political organizations and candidates since 2002.

You are required to send your name, address, occupation, and employer along with your check in order for us to legally accept your donation.

"Ghosts of my Grandfathers": by Timothy Burak, licensed CC BY-NC-ND