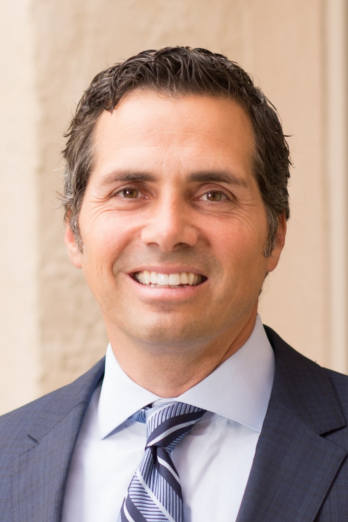 Raised with five siblings, Greg graduated from Princeton University in 1991 with a degree in economics. He joined the McKinsey & Company consulting firm and started Environmental Lighting Concepts (ELC) - installing energy efficient lighting systems - while there. After selling his company to Kansas City Power & Light, he eventually assumed management of KCP&L’s entire portfolio of competitive businesses. He grew the business more than tenfold, from less than $100 million dollars to almost a billion dollars in annual revenue.

In 2004, Greg co-founded Denali Partners, LLC, and has been working to provide capital and management services to help small businesses grow since then. IN 2010, Greg co-founded the Common Sense Coalition. Greg is active in the American Legion’s Boys’ State program and has served on the boards of the Kansas City Zoo and the Gala at the Glen for Cystic Fibrosis.

Greg now lives in Olathe with his wife, Sybil and their two dogs.

Support our fight for Greg

Independent Greg Orman is running against Republican incumbent Pat Roberts. Previously, this was a three-way race between Orman, Roberts and Democrat Chad Taylor. Taylor dropped out of the race on September 3rd due to lack of firm support.

Why We Chose Greg Orman

Greg Orman is a reformer who believes that Washington is broken and he is committed to ending big money’s influence in politics. He called our current campaign finance system “legalized bribery”, has an extensive reform platform on his campaign website, and favors a constitutional amendment to overturn Citizens United and passing reform bills like the American Anti-Corruption Act.

The Real Clear Politics polling average shows that Kansas Senate race currently as a tie. The Rothenberg Political Report and the Cook Political Report both rate the race as a toss-up. With less than 20 days to Election Day, MAYDAY.US will be actively campaigning to support Greg Orman and working to ensure he is elected to Congress, where he will be a strong leader on reform.

Pat Roberts has a clear history of siding with Wall Street and special interests over Kansas voters.

According to the Center for Responsive Politics, Pat Roberts has taken $2,529,565 in campaign contributions over his career from the finance, insurance and real estate sectors. In 2010, Roberts voted against the Dodd-Frank financial reform law, which held Wall Street accountable, put in place new protections for consumers, and cracked down on “too big to fail” financial institutionsresponsible for the financial crisis of 2008. Dodd-Frank also created the Consumer Financial Protection Bureau, which aids homeowners facing foreclosure and other consumers.