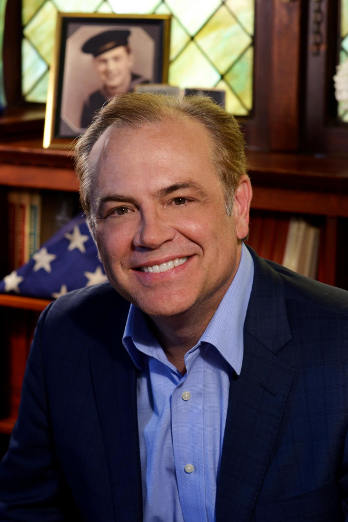 One of seven children, Rick is a fifth generation South Dakotan who was born and raised in Madison. Rick started serving South Dakota while still in college. He worked on Tom Daschle’s first Congressional campaign in 1978. In 1997, he was appointed by President Bill Clinton to serve as the Region VIII Director for FEMA. He later went on to become the State Director of AARP and the CEO of the International Code Council - where he spearheaded efforts to create the nation’s first green construction code for commercial buildings.

Rick currently lives in Sioux Falls with his wife Stacy. They have 5 children and welcomed their first grandchild last year.

Support our fight for Rick

Democrat Rick Weiland is running against Republican Mike Rounds in a 4-way contest for the U.S. Senate. Other candidates include Independents Larry Pressler and Gordon Howie. The seat is currently represented by a retiring Democrat Tim Johnson.

Why We Chose Rick Weiland

Rick Weiland has pledged to support the Government By The People Act (public matching funds for congressional elections), and he stated that the first bill he would introduce in the Senate would be a constitutional amendment to overturn the disastrous Citizens United ruling. This promise is printed on the back of his business card. Rick Weiland is running so that we can take back our country and our government from the big money that controls our economy and democracy. Weiland’s campaign slogan is “Take It Back”.

Former South Dakota Governor Mike Rounds is embroiled in a corruption scandal for his involvement in the EB-5 citizenship-for-sale scheme while in office. A crony who Rounds appointed is now under federal investigation, while Rounds received tens of thousands of dollars in campaign cash from people directly involved in the EB-5 program. Every Voice Action, part of the coalition involving MAYDAY.US, has spent $300,000 on TV ads about this scandal.

With the EB-5 scandal growing worse by the day, recent polling from Public Policy Polling shows this race tightening, with Rounds’ lead whittled down to 7 points. Weiland is polling in second place with Independents Larry Pressler and Gordon Howie polling in third and fourth place.

As Governor, Rounds granted a lucrative, no-bid contract to a friend of his in order to establish the state’s version of the EB-5 citizenship for sale program, allowing foreign investors from China and India to immigrate to America legally in exchange for putting their money into South Dakota farming. The friend illegally then signed the program over to a private company he controlled that made millions of dollars in fees from the sale of EB-5 visas. Even worse, the crony that Rounds appointed is now under federal investigation, while Rounds received tens of thousands of dollars in campaign cash from people directly involved in the EB-5 program.

While Rounds was Governor, a foreign corporation, Powertech Uranium Mine, hired Rounds’ sister and brother-in-law to lobby him to weaken environmental protections and bar the state from monitoring the mine. Powertech had never mined uranium before but Rounds was willing to let them set up shop in the Black Hills with no oversight, allowing them to pump dangerous chemical solution into the ground, potentially polluting our groundwater.