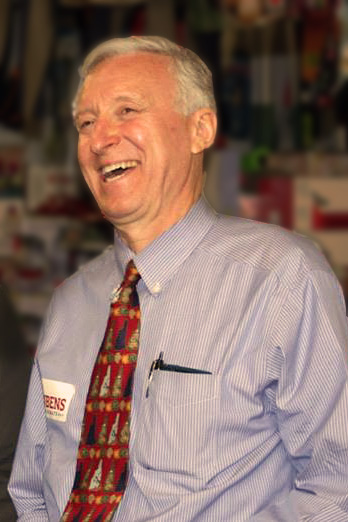 Jim Rubens is a small business owner, entrepreneur and two-term Republican State Senator who has lived in New Hampshire for over 40 years. He lives with his wife, Susan, and son, Matthew, in Hanover. Jim attended Dartmouth College and studied chemistry, leaving in his Junior year to pursue a life in small business entrepreneurship and public service.

Jim has founded and run over a dozen businesses from waste recycling, tree surgery, Main Street retail, to furniture manufacturing. Over recent years, he has focused on investment in New England start-ups in proprietary technology and healthcare solutions.

Support our fight for Jim

Jim Ruben’s primary opponent is former Massachusetts Senator Scott Brown. Brown is a popular and charismatic politician, originally from Massachusetts. He was a supporter of public funding for elections when he was a state senator in Massachusetts. In his reelection campaign against Elizabeth Warren, Brown embraced the “People’s Pledge.” But in this race, he has rejected the People’s Pledge, and gone back on his support for public funding.

From our polling after the election, we found that our issue had critical resonance with an important segment of New Hampshire Republicans. 37% said that “reducing the corrupting influence of politics was a major or deciding factor in their vote for Senate.” And among that 37%, our candidate beat the Republican nominee by 18 points!

Why We Chose Jim Rubens

We are proud to support Jim Rubens in the New Hampshire Republican primary, a businessman and former state senate Republican, who is confronting openly an issue that too many in his party simply ignore: the corrupting influence of money in politics. Rubens supports a system of voluntary small dollar vouchers to help fund federal elections. His system would radically reduce the influence of special interests in Washington, and help restore a government responsive to the people.

New Hampshire is a fiercely independent state, with a plurality of voters registered as “undeclared” and capable of voting in either primary. Among the nations most engaged citizens politically (thanks to its holding the first presidential primary every four years), with the most representative state assembly (400 representatives for a population of just over 1.3 million), the state has a strong tradition supporting reform. In 2000, the state chose John McCain as the Republican nominee after he made the “corruption in Washington” a central issue in his campaign.

These ads will begin running in New Hampshire during the week commencing August 10th.

Thanks to our friend Matt Miller for recording this ad!