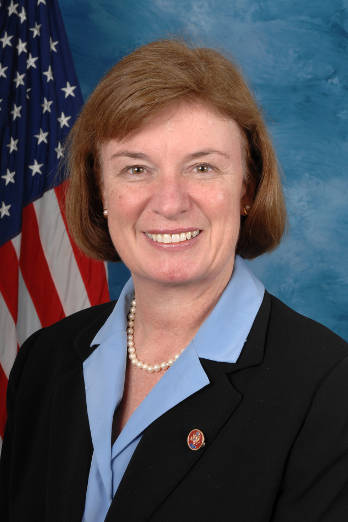 Carol Shea-Porter is a Democratic member of the United States House, representing the 1st Congressional District of New Hampshire. She is the first woman to be elected to federal office in New Hampshire.

Shea-Porter consistently bucks special interests and sides with the people over industry. In the face of big spending from the financial sector, she supported the Consumer Protection Act and voted for the CARD Act to help protect Americans from credit card company abuse. Congresswoman Shea-Porter firmly believes that Wall Street should play by the same rules as Main Street, and constantly stands up to well-financed special interests on Capitol Hill. She currently serves on the House Armed Services Committee and the Natural Resources Committee.

Support our fight for Carol

Why We Chose Carol Shea-Porter

Carol Shea-Porter is a champion of reform. She is a co-sponsor of the Government by the People Act and a vocal opponent of the Supreme Court’s decision in Citizens United. Shea-Porter also has a no-nonsense stance on dark money, and she’s challenged Frank Guinta to join her in asking Super PACs and advocacy organizations who don’t disclose their donors to stay out of the NH-1 race. In 2014, Carol Shea-Porter and her staff walked before she ran — joining the New Hampshire Rebellion both in January on its 190-mile walk through New Hampshire, and on July 5th in her district. There’s no question that a victory for her is a victory for fundamental reform.

New Hampshire’s 1st Congressional District consists of the greater Manchester area, the Seacoast, and Lakes Region. It is considered a battleground district in 2014, having a history of swinging to both sides of the political aisle. Democratic incumbent Carol Shea-Porter was first elected in 2006, but lost to Frank Guinta in 2010. She regained her seat from him in 2012, and will once again face him in the 2014 election, where she seeks her fourth term. An evenly split district — Cook Political Report and FairVote call the district roughly matched between Democratic and Republican voters — NH-1 went to President Obama in 2008 and 2012, but it went to George W. Bush in 2000 and 2004.

Though this district is considered a tossup, there’s a wildcard: Republican challenger Dan Innis, a former dean of the University of New Hampshire’s business school, and one of three married gay male Republicans running for Congress in 2014. Though Guinta is considered the more formidable candidate, attracting high-profile supporters like Senator John McCain and coming out ahead of Innis in polls, Innis’s candidacy is attributed with the creation of a brand new Super PAC by a business school benefactor who has pledged to spend $1 million on this race.